Since last year Norm Jarus has been looking forward to the chance to participate in the Wellspring Ride for Cancer support.

“I came across the ride through the Wellspring newsletter and I paused,” he says. “I just felt I really needed to do something.”

A longtime Wellspring supporter, Norm’s late wife Julie-Anne used Wellspring services while she was going through treatment throughout her cancer journey.

“I think it was fantastic,” Norm says. “It’s the reason why I’m doing the ride. I can’t make it any more simple. I’ve been a big supporter of Wellspring ever since.”

Julie-Anne took all four levels of the Healing Journey, which gave her the ability to adopt a mindfulness approach everyday and allowed her to cope with the stress that accompanies a cancer diagnosis. “I feel that it was instrumental in bringing peace and sanctuary to what turned out to be her remaining four years,” says Norm.

Norm says that Wellspring helped Julie to clear her mind and focus on her real passion: writing.

“She was always writing poems and stories,” he says. “Julie dealt with illness from early childhood on, so she self-published a book to be given to young children as a motivation for them to help deal with lifelong illness.”

The ride, Norm says, will be his chance to pay tribute to Julie while raising money for the organization that made such a difference in her life. “It’ll be three years in May since I lost Julie-Anne and I feel I need to make a step,” he says. “Some people have said it’s a big ride, it’s a big commitment, but I’ve just got to do it. I don’t want to wait another year.”

This year’s Peloton challenge will take the team from Toronto to Miami, a journey of over 3000 km. They will ride upwards of 120 km per day, but Norm is undaunted by the physical challenge.

“I’ve never done anything of this magnitude,” he says. “But I figure if I’m going to invest time and effort into something, this is the one that resonates with me. It’s the Wellspring cause that drives me.”

Norm says that one of the things that gives him confidence is the support system Wellspring has put in place for the riders. He has already started the training classes offered at the Toronto Athletic Club, and plans to use the Wellspring recommended training program.

He also has a network of friends to help him along. “Fortunately I’ve got a really good friend out west who’s a big mountain biker, and friends in the city who ride every day, so I have a group of people who can support me and help me train,” he says.

The ride is a chance to raise money for Wellspring to help those living with cancer, but it is also an experience that creates a lifelong bond between the riders who share a common experience and a single goal.

“I’ve met some of them already, and we all have a connection in one way or another to Wellspring,” he says. “We all have a core drive.”

Norm says has his eyes set on the instant when the 3000 km journey is over and he can savour the moment. “Crossing that line, that’s really the moment that I want to experience,” he says. “That’s an accomplishment.” 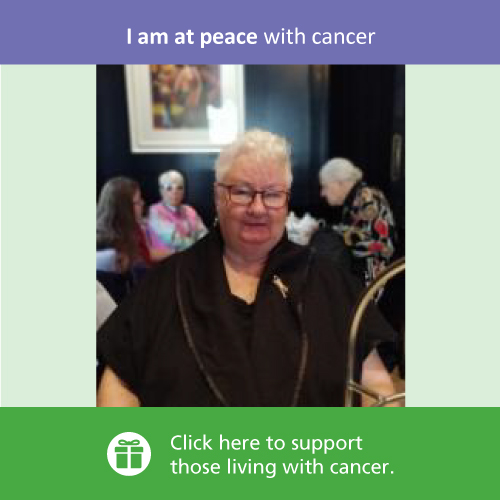