Paul Gauthier discovered Wellspring shortly after he was diagnosed with prostate cancer in 1996. “The first time I went to Princess Margaret they had a binder with available resources in the community. And there was something in there about Wellspring,” he says. “So I kept it in mind when I started my radiation therapy.”

Soon after, Paul booked appointment for a Reiki session. He remembers feeling welcomed the moment he first entered the Odette House location. “It just felt really good and I enjoyed the atmosphere,” he says.

A former flight attendant and affable guy by nature, Paul found he needed community support. He tried a men’s group from another organization, and though he found the information helpful, he felt a tacit disapproval at his openly gay identity from some of the other group-members. “In the group there were two or three people who welcomed me, but the others I could feel a ‘what is he doing here?’ kind of thing,” he remembers. “I enjoyed the meeting but I did not feel comfortable enough to go back.”

Remembering the warm welcome he had received at Wellspring, Paul reached out about starting a support group for gay men with prostate cancer. “I approached [then program director] Helen Brown and explained the whole thing and asked, ‘How do form a group for gay men I don’t know how to go about it. How do I find the facilitator? The clientele? The locale?’” he remembers. “She said ‘We’ll do everything.’”

Wellspring also offered this suggestion: why not open up the group to gay men with all types of cancer?

Paul found himself in need of the group support many times over the years, through three recurrences of his prostate cancer. He remembered the warm, encouraging atmosphere provided by the group’s facilitator, Bill Wade. “It was the way he steered the meeting,” Paul says. “He didn’t control it, but got it running smoothly. And Bill knew when to get people to talk and he knew when to get people to stay silent. For me it was incredible.”

Then, in 2007, Paul received hormonal therapy treatment that left him impotent and bereft of sexual desire. At the same time, he retired as a flight attendant after 39 years in the air. “So I lost my sexual identity and I lost my work identity within a few months of each other. It was very difficult. I couldn’t even talk about it.”

Paul found he could rely on the Gay Men’s Cancer Support Group, which gave him safe a place to open up about his feelings.

“It’s important to have a place where you feel comfortable,” he says. It’s incredible; it relieves a lot a pressure. You can express yourself and you know that most of the people are going through something similar. We supported each other. If it hadn’t been for that group, I couldn’t have opened up.”

As Wellspring became a bigger and bigger part of Paul’s life, his contribution to the organization also increased. “I found I was so grateful for the support that Wellspring had given me at the beginning I gave them a small donation at the end of the year,” he says. “Then when they started the Gay Men’s Group I became a monthly donor. So it built from there.”

Now Paul is a Legacy Donor, named Wellspring a beneficiary in his will. This contribution will continue to benefit all Wellspring community support programs and services, includingGay Men’s Cancer Support Group that Paul helped to start. Now offered twice a month at Wellspring Downtown Toronto, the program is an essential part of the community-oriented services offered by Wellspring. Bill Wade is still the program facilitator, helping men living with cancer and their partners to share their stories and exploring the many emotional, social and practical challenges of coping with cancer.

A former volunteer in the Toronto HIV/AIDS community, Paul thrives on helping others. “I think it was my upbringing,” he says. “My parents were always asking: ‘what can we do to make something better?’”

Whatever it is, community spirit remains a strong force in Paul’s life, and thanks to Paul’s decision to become a Legacy Donor, his actions will have a lasting effect.

“If you believe that the service that an organization provides is helping people, it’s worth supporting,” he says. “And there are future generations—more and more people are diagnosed with cancer. There will be a greater need for services for the cancer community, so to me it’s only normal. We live in a community, and if we don’t support each other who will?

True to form, Paul remains modest about his amazing contribution to the legacy of Wellspring.

“I planted the seed and everybody else watered it. That’s the way I look at it.” 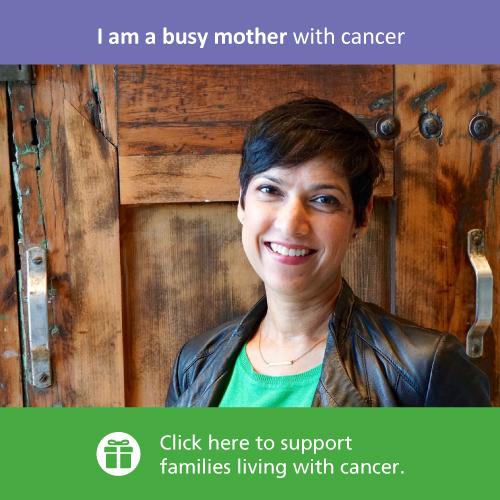